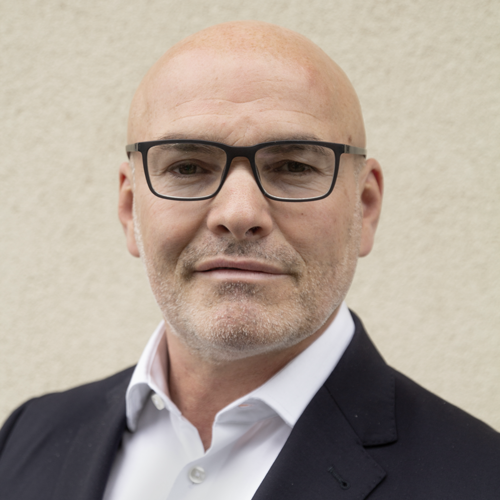 I know, it‘s not the done thing. But I have to do it. I have to ask you a somewhat political, but above all deeply personal question. A question that makes it clear to me where you stand, what ethical, socio-political values you represent. Ready? Here is the question: Are you a Trump fan or do you take a knee when you hear your national anthem?

As you know, it all started with Colin Kaepernick, the American football star who in 2016 did not rise to his feet during the U.S. anthem as is customary but instead knelt on one knee. By doing so, he wanted to make a statement against police violence and racism against African-Americans. Not only did he lose his job, he also incurred the wrath and hatred of Donald Trump and his supporters. In 2018, in celebration of the 30th anniversary of its slogan “Just do it”, the sporting goods manufacturer Nike made Kaepernick, of all people, the face of its advertising campaign. For his protest, Kaepernick had drawn the ire of millions of people, which made Nike’s choice even more astonishing. This was probably the first time a major corporation had ever taken such an obvious position against the political mainstream. The reactions were initially devastating. Angry customers burned their Nike sneakers, cut up Nike socks and vented their anger on social networks. At first, Nike’s share price plummeted. But how about when the dust settled? Nike closed 2018 with a record 30 percent increase in online sales.

To cut a long story short: A company – under the most difficult conditions – took a clear stance and was successful. It was willing to take a risk and was rewarded by its customers. Why? Because customers are increasingly buying values and not just products. There is no shortage of high-quality sportswear manufacturers. But when putting on a piece of sportswear means “wrapping yourself” in a specific and easily identifiable set of values, your attitude towards life seems to be completely different. Last year, the Havas Group provided some extremely interesting results from a global study. According to the survey, 75 percent of respondents expect brands to play an active role in finding solutions to political and ecological problems. Millennials in particular have particularly high expectations of brands. According to the study, 77 percent of those surveyed prefer to buy products from brands that match their own values. For companies, the message is clear: Taking a stance is not a luxury, it is an economic necessity in this day and age.

Let’s turn our attention to the world of real estate. Which broker, developer, architect, asset manager or project developer do you choose – and what criteria determine your choice? A good place to start would be brand recognition. But is that enough? Does the fact that a brand has a high profile mean that the product or service is the right one for you? Probably not. Let’s assume for the sake of simplicity that you are having a house built. Let’s further assume that you are environmentally conscious. You would not be happy with even the best-known architect if you ended up living in a beautifully designed, but high-emission house. Brand recognition is just not enough. The company you choose, through its brand, needs to share your values. So what you are looking for is a corporate brand that you can trust. You – whether you are a simple house builder or a major investor in real estate projects – are looking for a company that clearly, authentically and credibly stands for your values – be it ecological sustainability, ethical and social commitment, digital competence or whatever.

Ranking instead of recall

If it’s not enough to simply remember brands – marketers speak of brand recall – where do you find what you’re looking for? The answer: in the rankings, which accurately reflect the outside world. We’re not talking about the kind of popular and meaningless rankings that put appearances above reality and are intended to bestow glamour and glory – not least to the rankings’ authors themselves. I am talking about rankings that reflect values. Values that are based on scientifically collected and empirically validated data. Values that take all relevant assessment criteria and influencing factors into account when measuring brand strength. In other words, brand values that accurately depited a brand’s fundamental attitudes and justify a brand’s inclusion in the top echelons of a serious ranking (from a serious ranking institute).

It goes without saying that a fundamental attitude is not a flag you can wrap yourself in from one moment to the next. The attitude reflected and transported via the brand value requires consistent actions, which can only be communicated authentically both internally and externally. Failing to practice what you preach will never work in the big leagues. A brand, however, that builds credibly on existing values and recognizes the signs of the times, will rise to the top of every ranking. In this, Nike is leading the way. “For once, Don’t Do It” was – in a variation of the famous “Just Do It” – the company’s new slogan in summer 2020. It was published as a text-only video at the height of the current racism debate and in response to the tragic death of George Floyd while in police custody in the USA. Black background, white font. The call not to do the wrong thing is credible. At least since Colin Kaepernick helped to make the take-a-knee movement a worldwide political issue.

With branded regards
Your Harald Steiner

Your comment will be sent to Mr. Steiner by email.
PrevPREVIOUSTransformation _ Guiding Your Journey, Part 2
NEXTCEO – FACE, BRAND, RESPONSIBILITYNext
Menu